New territorialities and socio-economic adaptations in a cross-border territory

Understanding the situation, adapting to new constraints, working with the territory's actors to prepare the changes that place a significant demand on LabEx with, over a 6-year period (the term of office for new municipal teams), the construction and implementation of research-action and methods for promotion and training, in a cross-border territory. Once adapted, it should be possible to transfer the methodological elements and thought processes resulting from this project to other mountain territories.

This project responds to an appeal for LabEx ITEM's intervention made by the town of Villarodin-Bourget in the spring of 2014.

This appeal concerns a joint thought process with the region's various actors on the future of its territory in a context subject to external injunctions for significant transformations, either of a generic nature (overhaul of inter-municipal bodies, redefinition of the economic model based on tourism, uncertainties as to the consequences of climate change), or of a specific nature (cross-border character, renegotiation of relations with the Vanoise National Park (charter), construction of the transalpine rail link), as well as intrinsic situations (recurrent and destructive vagaries that are both severe and sudden – torrential floods, avalanches and falling rocks).

The originality of this appeal lies with its global character, which encapsulates all of the topics covered by LabEx. It seeks to provide the town and its inhabitants with the elements needed to understand the transitions underway by placing them in the context of the territory's long history, and national and European transformations. The significance of this appeal also ties in with its very formulation and with the time frame envisaged by the territory's actors. The new municipality (elected in 2014) has set itself the duration of its 6-year term of office to deal with all of the issues associated with its territory, and which coincide with all of the elements, questions, assets and problems faced by any mountain territory. This positioning crosses the approaches taken by LabEx researchers who need sufficient time to establish their analyses from an interdisciplinary perspective, and to propose avenues for understanding the various questions raised by the territory and by its actors.

Furthermore, the appeal's cross-border character is manifest given the location of the territory-project along the border with Italy and the transalpine rail link, which establishes relations with Italy. It necessarily involves reflections on the subject of the borderline and the different levels of internal and international border, along with the social and environmental impacts.

Based on this specific case, the challenge is to define an analysis method that can demonstrate the relevance of a multidisciplinary and global approach as a means for supporting the territorial shifts underway within mountain territories. 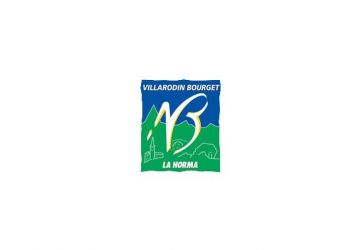