The Vivehab project aims at estimating mountainous regions’ social and economic vulnerability through the analysis of three main elements: population, services and employment. Properties usually found or impacting these areas are annual seasons, low density population, and vulnerability of certain population segments. The project also looks at the impact of different economic and juridical initiatives, individual and collective, that have been put in place so far in order to alleviate economic and social vulnerability.

Initiatives taken will be measured based on their ability to generate vulnerability and weaknesses forms and how to transcend them in terms of innovations. The main hypothesis is that regions’ vulnerabilities also create undiscovered economic and social opportunities. In this regard researches will attempt to study the notion of “territorial vulnerability”.

Vulnerabilities generated by an aging population have been barely studied so far.  Intrinsic properties of mountainous regions such as distance, isolation, accessibility, dispersed population enhanced social services difficulties. However, this vulnerability context also creates undiscovered opportunities which could generate innovative individual and organizational practices. New forms of services and practices to assist these aging populations in mountainous regions could be created, tested, and even adapted to other territories.

The most famous specificity within mountainous regions is the necessity to have diverse economic activities strongly related to seasons due to their drastic contrasts. This diversity created multiple economic contexts for individuals, families and organizations. This system has for a long time been seen as a temporary solution since not adapted to our modern economic and industrial society. Historians showed that this seasonal-related system actually necessitated strong know-how and adaptability, values projecting an image far from common prejudices related to the life of mountainous regions’ population.

Nowadays, mountainous spaces are characterized by the important presence of temporary workers in the sport or tourism sector, but also temporary workers within the construction or service industry. The significant number of precarious jobs within these regions is for some people a sign of a tougher economic context to come. Competition between local and external actors is not a recent phenomenon, but combined with important social system access changes and real estate constraints seem to underline even more the job market difficult situation. One of the project’s objectives will be to verify which variables have the most significant impact and find patterns within the current system.

LabEx ITEM awards a maximum budget of € 50 000 spread over the total duration of the project as a budget revised annually. 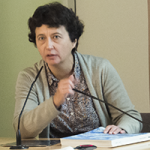 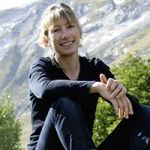